“What happened to the banjos?” shouts a man in the crowd with a slur.

There is a long pause.

“We’ll get back to you on that.” Marcus answers.

If you hadn’t heard, the new album is banjo free. And it’s not being missed.

Take for example the absolute monster of a tune “The Wolf” that opened the show. It explodes from the start, and before you know it, you’ve forgotten the band ever wore tweed waistcoats. And you realise that Winston is now holding an electric guitar. And has grown his hair long. And is literally rocking out. He’s never looked happier. Like the banjo was holding him back anyway.

For the record, I do doubt the band could tour a full live show, without their original sound, us, their fans, fell in love with.

They slide into their 2nd track “Believe”. It was only released into the world about an hour before the band had taken to the stage. It’s a builder. I love a builder. I’ve only heard it 3 times, but I already know the words. Which means it’s sticky.

Stickiness is important with singles. Without stickiness, nobody really gives a shit. Album tracks don’t have to be sticky. They’re the rules.

Lyrically, “Monster” stood out, and I had the feeling that someone had been inside my head, and then made an incredible song out of the wasp’s nest they’d found. So I went on a mission to find out who had written what, on the new album.

Back in the early days of the first record, Marcus had been the wordsmith. But the new album was a team effort, with everybody “pitching in.”

It’s a deep feelings record. Somebody has been down to the bottom, or close to the edge. Which is, unfortunately, for them, important for us. To connect you have to have been there. Felt it. Gone through it. Crashed again. And gradually crawled back into the light. It’s horrible. Perverse almost. But it works. The truth will always sound best in song.

Sonically, there are shades of Dire Straights all over the new album. Nods to Pink Floyd and Fleetwood Mac, here and there. But it’s still Mumford and Sons doing it their way. With the sort of ambition and vision, a few bands would do well to observe. 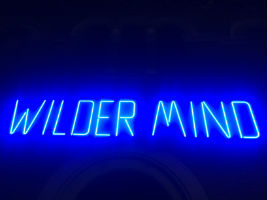